Written April 19, 2000
â€œNow he knew why he loved her so. Without ever leaving the ground, she could fly.â€
–Toni Morrison, Song of Solomon 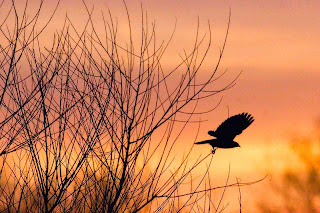 My whole life I wanted to fly and like most children, I just expected that I naturally could. After jumping off my fatherâ€™s brown, corduroy reclining chair and landing on my arm hard enough that it could have been broken, I was utterly shocked and disappointed in myself. What was wrong with me? Why couldnâ€™t I manipulate my body into that smooth flight? What was it about my inelegance that would not just lift off? Were my arms too short, my motions too awkward, my feet not pumping hard enough? No matter how hard I tried, I began to believe I would never fly.

Therefore, that was all I wanted from that day on. If I could not fly through the air, I would fly in other ways. I would declare my independence and fly as far as I could from my parents. I sat and dreamed of all the exotic places I could go, leafing through books of Italian chapels trying to decide under which gorgeous sculpture I would be married. I planned every possible exit out of my small, Virginia town and once I made it to college I tried as hard as I could to pretend I was not some girl from some dead-end backwards place. I was not some girl who could not fly.

Soon I realized I that I could no longer run from who I was. Trying to do so was making me miserable. Instead of running from my past, I started learning about where I came from and realized I was not bred from such a long line of fighters for nothing. I came to be proud. I came to love myself, and those who made me. I learned that anyone can escape their past, or declare their independence; however, not anyone can readily accept who they are, unashamed of the choices they have made.

Recently I wrote to my mother, needing advice. I asked what made her happy, what made her love, or not love her life. Someone had questioned why on earth I would ever want to be a teacher because in most places their salary was less than a garbage man. Once again, I felt that I would never be successful, never make my family proud, never fly. I asked her if I should give up my dream of teaching to pursue something that would give me more accomplishments and if she had any regrets for having so many children so young. I expected her to sound like a typical mother who wanted her daughter to be well taken care of; to tell me not to have children at all, to marry rich and get a job that paid better than a garbage man.

Instead, she told me to follow my heart, first.

In her own, funny way, she wrote, â€œScrew money. It donâ€™t mean shit if your heart ainâ€™t happy.â€ However, it was the last lines she borrowed from The Beatles that meant the most:

â€œBlackbird singing in the dead of night take these sunken eyes and learn to see. You were only waiting for this moment to be free. Blackbird, flyâ€¦â€

She told me to take what I had, what I loved, what I wanted from life, and use it.

She told me that I could fly, even if I never left the ground.

There has been a lot of talk about the quality of Â ingredients in supplements lately.Â The New York State attorney generalâ€™s office recently […]

Good Monday morning Make it Beautiful-ers!  Are you ready…are you ready? I am SO excited to announce that LAUREL DENISE is the […]

She doesn’t seem to notice the “real” Henry, our 19-month old black lab, though we’re not sure how she could miss all […]

Found in a random boutique and given to my friend Emily from her mother. LOVE.