Skip to content
On Thanksgiving day of 2008 our little man was born. He came into this world alongside eleven other pups, from a beautiful and gentle momma who was left tied up outside an abandoned apartment in Baltimore. It wasn’t until Christmas last year that we found out about our little “Thanksgiving blessing,” and on January 18th, at eight weeks, we finally brought him home to Virgina.
We can’t believe he turned one year old just a week ago. At 81 pounds he’s not really our “little guy” anymore, though, I think he will always be a puppy in my eyes. Despite his size, I still don’t think of him as a “big dog” and probably never will.  When I look at his adorable face I can understand why parents say, “he’ll always be my little boy” no matter how much their kids have grown.
He’s been described as a “big, black bear,”and though he might look intimidating, he is so cuddly and sweet, loving to give and receive attention. We have gone through some typical “puppy” phases with him eating everything from underwear, to expensive packages and brand new rugs, but we really can’t imagine life without him.We can’t wait for him to meet his “little sis” this March and for all of the memories to come!
Henry’s first day home
(below) 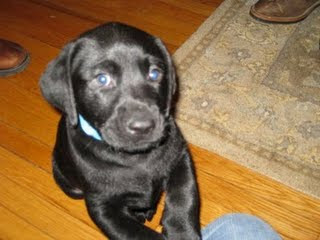 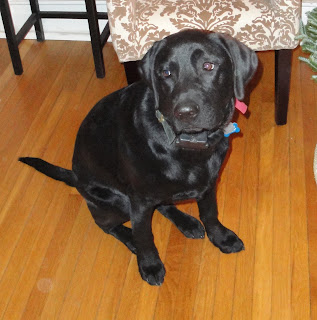 Mom’s: I’m on a MISSION today. School is back in session. That means there are a lot of stay-home-moms right now with […]

Here are my favorite songs of the week! 1. Romeo and Juliet,Indigo Girls (the lyrics still give me chills) 2. Glory Days, […]

At a women’s retreat a few years ago the idea of “choosing and” was a topic. and with the pandemic, the concept […]

If you’re in the mood to have your world rocked… …check out the Alabama Shakes. This girl is so.good. Her voice completes, […]