Home » 2011 » May » 06
I did it.
I posted one of those really annoyingly ambiguous Facebook status updates that leaves my friends puzzled, sending emails, text messages, and replies in concern.
That was not my intention.
I don’t like worrying people. I hate leaving things “up in the air.” I hate speculation.
And as I said on that stupid Facebook status, I hate the unknown.
But for the last month, that has been our life.
One morning I woke up, took a test, and found out I was pregnant.
I was nauseous, exhausted, and starving all at once, just like with my first pregnancy. My belly started to take on a rounder shape, pushing out extra far after every meal. By the end of every day I think I truly looked about three months along…and I loved it.
After almost four weeks of guessing, my students sat me down for an intervention of sorts, and said, “Mrs. H., we know you’re pregnant.” I laughed it off and assumed it was okay if they knew because I’d be going to the Dr. the very next day to confirm everything.
And at that appt. we would see our baby and hear the heartbeat just like we did with AJH and then three days later we would make the announcement to our extended families on Easter Sunday and all would be well. We even ordered AJH a cute little tee shirt to wear that said, “This little chick has an Easter secret…She’s gonna be a big sister!” I bought plastic Easter eggs for AJH to give her cousins and planned on filling them with the ultrasound picture and “We’re EGGS-pecting” written along the top.
Unfortunately, that’s not how things went down.
We went to the Dr. appt. that Thursday, giddy with excitement, and instead of seeing a baby and hearing a heartbeat at what we thought was 7 weeks pregnant, we saw a sac. A pretty empty sac with the beginnings of a yolk sac. The Dr. saw a bright light on the edge of the yolk sac that we were told could possibly grow into a baby. He said not to freak out yet. There was a chance my dates were off and it was just too early to see a baby or a heartbeat. We were told to wait a week and come back for another shot.
I was devastated.

AJH’s special tee shirt came in the mail and I couldn’t look at it. There was going to be no Easter announcement and my heart was breaking.

In my mind I just knew it was over, but at the same time I tried to hold out hope for that bright light. Maybe that light was our baby.
But things had felt mentally “different” the entire pregnancy. From day one I was nervous. I joined all of those crazy online baby groups. I read too many scary stories of all the bad things that could happen during pregnancy. I felt like miscarriage was everywhere I turned, from blogs I read to stories of friends of friends, to my favorite TV shows. I almost started to think (or expect) that it would happen to me because it was literally EVERYWHERE I turned.
(Have you ever irrationally believed that something bad would happen to you because you kept seeings signs of it everywhere you turned?)

We went back the following Thursday for our next check. The week leading up to that appointment was torture, and probably when I did most of my “grieving.” I cried a lot. I think what was just as agonizing as the waiting was the fact that the entire time I went through the process I looked, felt, and was pregnant, all the while never knowing if a baby was ever going to develop. I spoke to a few close friends who had been through similar experiences and yet tried to hope for the best. One friend sent me this quote from Marianne Williamson:

“Every situation we find ourselves in is an opportunity,
perfectly planned by the Holy Spirit, to teach love instead of fear.”
I read it right before going into the Dr. office and finally felt a sense of peace. I wasn’t surprised when they were still unable to find a fetal pole or heartbeat. In my own heart, I knew. But they kept saying it wasn’t over yet. There was still a chance it was just too early to see the baby.
We were told to wait until the following Tuesday to come back and get another look.
I tried to function in that horrible space of “the unknown” which is what lead me to the ambiguous Facebook status update.
That weekend I started to have some bad symptoms in the realm of pregnancy. I will spare you the details. Up to that point everything had been textbook perfect, which is what kept me believing that things might work out.
Because of these symptoms, the Dr. brought me back in for another check-up on Monday, rather than waiting until Tuesday. We did another ultrasound and got the same results…a healthy sac, and yolk sac but no baby. They told us not to get our hopes up, but that they still weren’t ready to give up. I had gone in fully expecting them to tell us it was over. And now they were saying to wait another week. I didn’t know what to think. I was happy that there was still hope yet I was told not to get my hopes up. It was so confusing. She said it’s not probable that the baby would ever develop, but it was possible. I got my  blood work done to check my hormone levels and tried once again to go on with my day.

I have never been good with patience and this experience was taking it to a whole new level. I was starting to believe that God was really trying to teach me a lesson.

I had been praying a lot, but I was not praying for a miracle. For the first time in my life, it just didn’t seem right. Instead, I prayed for peace…peace in whatever outcome the situation would bring.
The next two days my symptoms were going from bad to worse. I called the Dr. again on Wed. with pretty scary things going on. I was very nervous and had to leave school immediately to get another ultra sound. The outcome was the same as all the others except now the sac was getting smaller. I waited for forty-five minutes to see the Dr. and get a final explanation. I was fine at first, but the longer I sat, the more I thought, and the more I thought, the more I wanted to cry. Finally, right as I was called back to her office I let the tears come. I was embarrassed but they understood. It was like all of these weeks of waiting were finally coming to a head, and even though I had been praying for an answer, in that moment, I wasn’t ready. I didn’t want to hear that it really was the end.
She sat me down and explained that things were just not progressing. The sac was getting smaller and the baby would never develop. The scary symptoms I was having were the first sign that things were ending.
From there I had to make some very tough decisions and now, two days later, I am healing, both physically and emotionally. I’m letting myself mourn the loss of this baby that never quite made it, and the overall experience of being pregnant. It’s hard. As I’ve said before, anytime a woman becomes pregnant, or even thinks she is pregnant, it’s extremely difficult to let that feeling go.
I’m crying.
But I’m also loving.

I am hugging my little girl extra tight and laughing every time I look at that picture of her wearing those antique Golden Girls glasses.

As we approach Mother’s Day this weekend I expect to be sad at this loss of another chance for me to be a mother. But for the most part, I will be happy. I have already been blessed as a mother once and I have a beautiful, healthy, perfect baby girl. I have an amazingly supportive husband who has been my rock through this entire experience. I have had knowledgeable, understanding and patient doctors and ultrasound technicians who have walked me through this time into a place of healing.

Yesterday I watched an Oprah episode in which she said, “Every death is a wake up call to live more fully, more completely, more presently.” While I don’t like to think of this experience as a death, it has been a way for me to gain more perspective on the beauty I have in my little corner of the world. I have learned a lot about myself, including the fact that yes, I AM patient. If I can get through those awful weeks of waiting, then I can get through anything, and no, I am not as weak as I sometimes think.

Most importantly, I have learned that every experience is another opportunity for me to believe in love instead of fear.

I have a card framed in my classroom that says, “Life is slippery. Here, take my hand.” It’s true. Sometimes life is hard to maneuver. We fall down, and get back up, only to fall down again. We feel much like my one-year-old in her new endeavors as a walker, with bumps and bruises painting her face. We need a hand to hold as we venture into the unknown.

*I started writing this post in the middle of the experience and just finished it today. For me, writing is the only way I know how to heal, or find closure. It may be hard for others to understand why I would want to share something so private in such a public forum, but writing and healing is what I consider my life’s work. If I can inspire just one person to find healing through writing, then my mission has been accomplished. Love.

Last week my souls sis sent me the below quote from “our girl” Marianne Williamson. We love her. For good reason. She makes spirituality very simple for me. It goes something like this:
We always have two choices.
Love
Or
Fear
And according to our girl,
“Every situation we find ourselves in is an opportunity,
perfectly planned by the Holy Spirit, to teach love instead of fear.”
And I have to believe that.
I choose to believe it.
And on days when it’s especially hard… 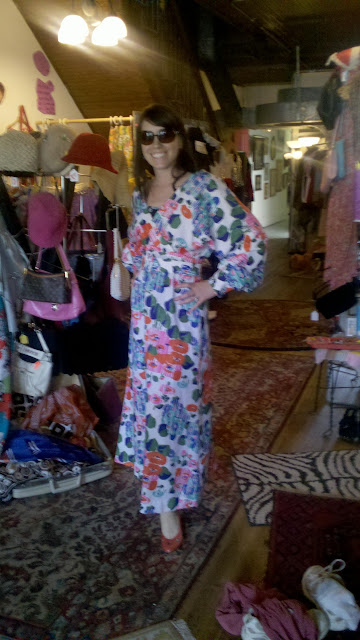 we just play dress up 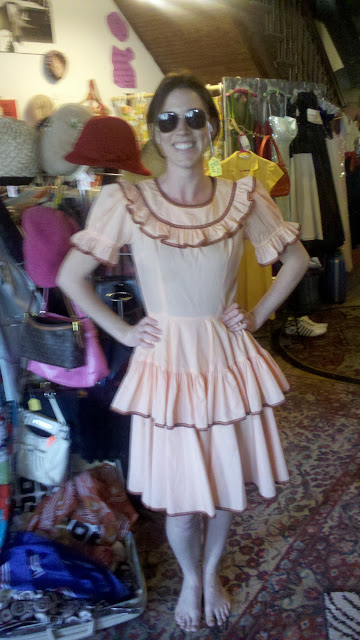 in our favorite antique store 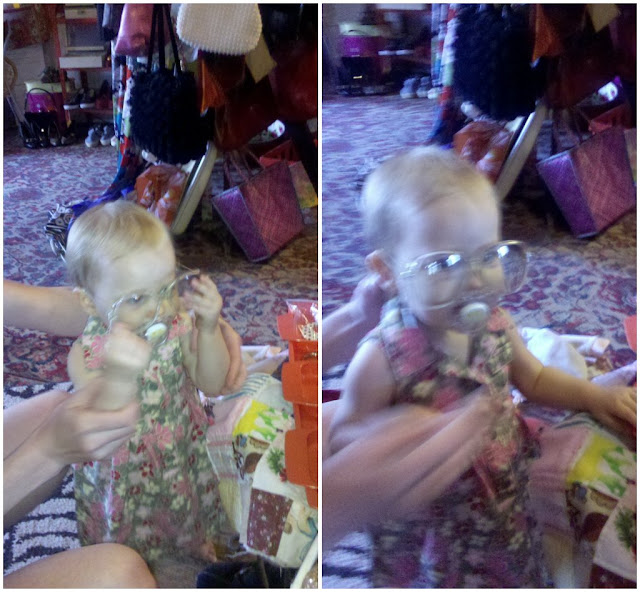 (who LOVED those 70’s grandma glasses)

And we laugh
and we loveand fear goes out the window.