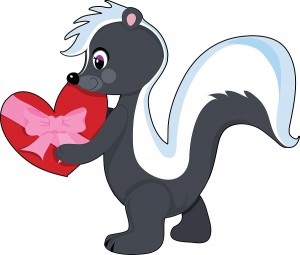 I can’t let today go by without sharing some Valentine love. First, this poem will make you smile and see skunks in a new light. The poem, journal prompts (and skunk) were all found in the “Poem of the Month” section of The Center for Journal Therapy website. I studied journal therapy with Kay Adams from the Center in Denver and recommend the training for those interested in using writing as healing.
A Valentine for Ernest Mann
You can’t order a poem like you order a taco.
Walk up to the counter, say, “I’ll take two”
and expect it to be handed back to you
on a shiny plate.
Still, I like your spirit.
Anyone who says, “Here’s my address,
write me a poem,” deserves something in reply.
So I’ll tell you a secret instead:
poems hide. In the bottoms of our shoes,
they are sleeping. They are the shadows
drifting across our ceilings the moment
before we wake up. What we have to do
is live in a way that lets us find them.
Once I knew a man who gave his wife
two skunks for a valentine.
He couldn’t understand why she was crying.
“I thought they had such beautiful eyes.”
And he was serious. He was a serious man
who lived in a serious way. Nothing was ugly
just because the world said so. He really
liked those skunks. So, he re-invented them
as valentines and they became beautiful.
At least, to him. And the poems that had been hiding
in the eyes of skunks for centuries
crawled out and curled up at his feet.
Maybe if we re-invent whatever our lives give us
we find poems. Check your garage, the odd sock
in your drawer, the person you almost like, but not quite.
And let me know.
â€“Naomi Shihab Nye
in The Red Suitcase, Brockport, NY: BOA Editions, 1994.
Journal prompts:
***
Next, my Valentines and I shared a nice meal out on the town Friday night. 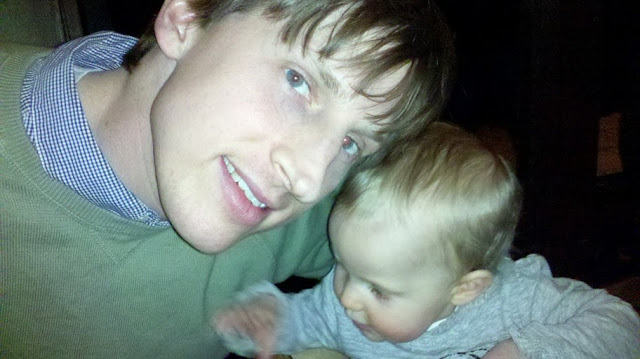 AJ was a little preoccupied with the chips.
On the food front, I got a VEGAN burrito and it was actually quite tasty. The only things I missed  were the cheese and sour cream. I don’t think I’m quite ready to give up dairy yet unless I am completely convinced it is connected to the stomach pains I often get after eating. There were no stomach pains after the vegan burrito which leads me to believe that dairy may be part of the culprit. In that case, I’ve been reading Skinny Bitch: Ultimate Everyday Cookbook and hear there are some really AWFUL imitations, as well as some not some AWFUL ones I may want to consider. As annoying as the title is, the Skinny Bitch books are not really about how to achieve your own skinny bitchiness. If you’ve read any of them you know they are more about why one would consider being a vegetarian/vegan and the new one features what look to be some great recipes. I’ll let ya know how it goes… 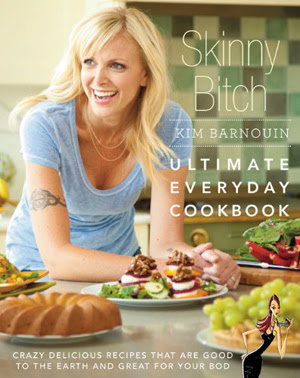 Friday night BRH wore his old cologne from college which sent us into reminisce mode  on those early moments when we met and fell in love. He remembered walking me home in the rain from the famous “Coach B’s,” and I rememberd him giving me his red L.L. Bean fleece. I still remember what I was wearing on the nervous drive to return the jacket a few days later (borrowed lilac colored shirt, light jeans and brown boots with freshly cut, perfectly blow dried hair, and  a fake tan). The funniest part of the story is when I got there and held out the fleece, it was about four sizes too small. I promised him I hadn’t shrunk it and soon realized my 5’2, 100 pound hallmate also owned a red, L.L. Bean fleece. Ooops. It was just another reason for us to meet again. And again, and again. 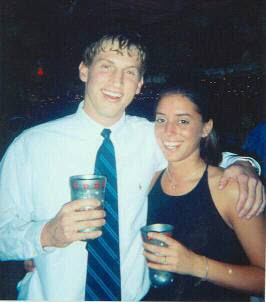 our first date
Today marks our 6 1/2 year wedding anniversary and over 10 years of being together. He gave AJH and me the sweetest cards this morning which pretty much reiterated the feeling that all of our college dreams of white farmhouses and blond babies… 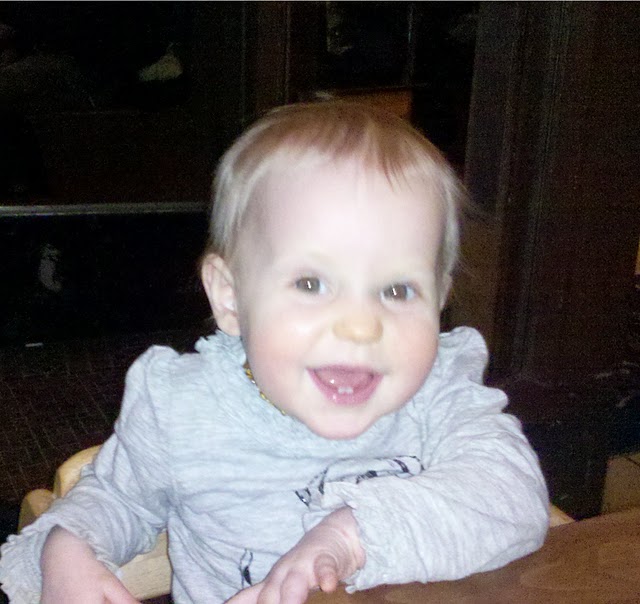 …have come true.
***
For now my poems can be found in these faces… 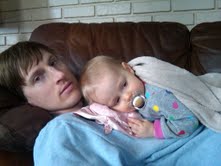 I wanted to go with something understated, and “teacher-esque.” The kids said I looked very 1950’s which I hope is somewhat of […]

Life has been extra busy lately with the start of a new semester, our big Reece’s Rainbow fundraiser, and wedding blogs galore… […]

More to come soon… Once what I like to call the “starvexhausea”  (starving, exhausted, nausea) dies down! Love, P

One thought on “Make it Beautiful Monday: Find your poem”